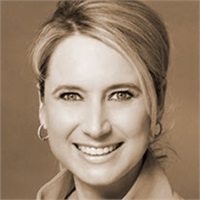 Kathleen Kelly, originally from Ballston Lake (Saratoga County), NY, received her Bachelor of Arts degree in Economics from Wake Forest University. She is a Founding and Managing Partner of Compass Financial Partners, LLC, and a 22-year veteran of the financial services industry, specializing in the areas of retirement plan consulting & investment advisory services for qualified retirement plans and executive benefit planning. Ms. Kelly has achieved the Chartered Retirement Plan Specialist (CRPS) designation, and the Accredited Investment Fiduciary Analyst (AIFA) designation through the Center for Fiduciary Studies. She is a member of the American Society of Pension Professionals and Actuaries (ASPPA), the National Association of Plan Advisors (NAPA), the Plan Sponsor Council of America (PSCA), and represented Compass Financial Partners as the recipient of the “2014 401(k) Advisor Leadership Award” (Sponsored by NAPA/ASPPA).* A nationally recognized firm, the team at Compass Financial Partners was named to Barron's 2018 & 2015inaugural ranking of Institutional Investing Consultants**, the 2013, 2014, 2015, 2016, 2017 and 2018 Pension & Investments Top Consulting listing***, the PLANADVISER 2013, 2014, 2015, 2016, 2017 & 2018 Top 100 Retirement Plan Advisers listing and was selected as a finalist for the 2015, 2016 and 2017 PLANSPONSOR Retirement Plan Adviser Team of the Year Award****. In further recognition of Kathleen’s leadership within the retirement plan consulting community, she has been selected to serve on the Principal Financial Professional Advisor Council, the Prudential Advisor Council, the MassMutual Retirement Partners Council, the Transamerica Retirement Solutions RIA Advisory Board, the JP Morgan DC Advisor Council, the Fidelity Workplace Investing Advisor Council, and the Retirement Advisor Council. She is a frequent speaker at industry conferences and regularly quoted in trade publications.

Active in her community, Ms. Kelly was appointed by the University of North Carolina Board of Governors to the Board of Trustees for Winston-Salem State University where she serves on the Audit, Risk & Compliance Committee; the Finance Committee; and Chairs the Governance, Advocacy, Trusteeship and Ethics Committee. Additionally, she has served on both the Wake Forest Board of Visitors and Greensboro College Board of Visitors. She was selected as one of the Triads “40 Leaders Under 40,” (based on success in field coupled w/civic & philanthropic efforts) and was awarded a “Women in Business” Award (based on successful entrepreneurship) through the Triad Business Journal. Community involvement has included work with Operation Smile, founding membership in the Steering Committee for Women’s Programming with the Greensboro Chamber of Commerce, Board of Directors of the Peaks to Piedmont Girl Scout Council, and her current position on the United Way of Greater Greensboro’s Tocqueville Strategy Team and Canterbury School Endowment Committee. Ms. Kelly also completed her 1-year term as the 2011 American Heart Association Guilford Heart Ball Chair, having achieved both fundraising and attendance numbers representing new records. In her spare time, Ms. Kelly enjoys playing golf and tennis and spending time with her husband and two children.

Compass Financial Partners, LLC and Livingston Financial are not affiliated with LPL Financial.

* Nominated and voted on by industry peers and selected by a NAPA panel of judges based on information about their practice, experience and accomplishments as provided by nominees.

**Barron’s evaluated a range of criteria to compile the list, including institutional investment assets overseen by each team, revenue generated by those assets, the number of clients served by the team, the number of team members and their regulatory records as well as advanced professional designations and accomplishments represented on the team.

***P&I's consultant survey focuses on firms providing investment management consulting services. The assets under advisement are tracked for total clients worldwide, institutional clients and U.S. institutional, tax-exempt clients, as of June 30. Retainer and non-retainer clients may be counted in the AUA.